If you’re on the lookout for a new boat or you’re overhauling the fuel system on your current boat it would pay to give some attention to your fuel tanks, and more specifically the material they are constructed from.

Aluminum tanks are a much more versatile solution; aluminum fabrication shops are widespread, so if you need a custom solution in aluminum you’ll never have any issues finding someone to make a tank for you. Aluminum can easily be rolled and bent into fairly obscure shapes so it’s the ideal medium for constructing custom tanks.

Whereas plastic tanks must have metal fixings screwed into them (hose tails etc) aluminum tanks do offer the option of welding such fittings directly onto the tank. These can be customised however you see fit, so you aren’t constrained to quite some extent as you might be with plastic tanks.

Whilst it is soft for a metal, aluminum is still far more resistant to damage, and crucially leaks, than polyethylene. Where plastic might crack on impact, aluminum is far more likely to bend or dent. Whilst a dented tank is certainly irritating, crucially it isn’t going to be as damaging as a tank that leaks all over your boat. Of course you would need quite a significant hull impact in order to impact on the tank(s) in the first place, but if we’re dealing in hypotheticals, aluminum wins hands down.

The possibly exception to this is will off the shelf ‘seamless’ tanks that might be less likely to split in an impact, but this ultimately depends of the finer detail of the design and construction quality of the aluminum tank.

It’s important to ensure (as much as you possibly can) that the aluminum used to make the tanks is of a suitable marine grade (either 5083-O sheet aluminum or 6082-T6 for extruded parts like ‘angle iron’ or c-channel). Anything other than a high quality marine grade is going to be vulnerable to crevice corrosion.

A suitable surface coating can mitigate possible problems of degradation in aluminum, although this is rarely 100% effective.

Should you ever find yourself in the unfortunate position of your boat catching fire then aluminum, or metal fuel tanks of any kind aren’t the best option to have fitted. While plastic is a heat insulator, metal conducts heat and therefore the risk of exploding diesel fuel becomes a very real and dangerous possibility.

By far the most critical consideration to get right when installing an aluminum tank or tanks is to try and eliminate the risk of crevice corrosion.

In simple terms crevice corrosion occurs when water gets trapped between the tank and another surface, such as the tank supporting structure. Usually water doesn’t cause corrosion because the oxygen in the air provides an oxide layer that protects the aluminum from corrosion. However when water is trapped in a crevice the aluminum surface is ultimately starved of oxygen, leaving it open to corrosion.

There are a number of ways to prevent crevice corrosion but the key points to remember are:

Fully laden fuel tanks are very heavy, so it is important they are are adequately supported. Longitudinal supports are imperative to prevent sagging along the length of the tank, and if the tank is wide the same applies in the transverse direction. As a rule I wouldn’t leave any section longer than about a foot unsupported.

Remember that sagging can ultimately lead to stresses developing in the aluminium, which can in turn lead to stress fractures, so it’s pretty important to minimise this risk as much as possible.

Polyethylene tanks are available in both standard and custom variants. Standard HDPE (High Density Polyethelene) tanks tend to be either blow moulded (made in much the same way as a plastic drinks bottle) or roto moulded (like a canoe or kayak).

Typically off the shelf tanks are really just oversized jerry cans, so they don’t have internal baffles to prevent violent ‘sloshing’ causing instability in the vessel.

Custom HDPE tanks on the other hand are constructed using a similar philosophy to aluminium tanks, using plastic welding techniques to achieve more complex geometry than standard tanks. Using this technique also enables baffles to be included in the design.

Off the shelf HDPE tanks benefit from being of ‘seamless’ construction, which makes them far safer, even than aluminium tanks in some cases. The reason for this is that the seams are a weak point if the tank is deformed in an impact; in this case the seams are a likely point for the tank to split and hemorrhage fuel.

Construction quality aside HDPE tanks are around 20%-30% lighter than aluminium tanks of equivalent size, so on a boat where you want to make every pound count, plastic could be the better solution.

In the event of a fire onboard your boat, HDPE tanks will buy you a little more time than aluminium tanks because the plastic is a heat insulator rather than a heat conductor. Whilst the tank will still ultimately melt and expose the fuel to the fire, the fuel is less likely to explode in this scenario.

The major drawback of HDPE, like most plastics, is its permeability. Over time diesel fuel will permeate into the plastic, potentially leaking fuel vapours and presenting an ignition risk.

Whilst plastic can be moulded easily into a variety of shapes, there is a limit to how large a plastic can be and still maintain structural integrity, at least when not reinforced with baffles.

You’ll find that plastic tanks generally max out at around 1700 gallons (6500 liters) without additional internal structure. Baffles can be used to add additional stiffness and reduce movement of the fuel inside, or alternatively several smaller tanks can be used instead.

While plastic tanks don’t suffer from crevice corrosion as metal tanks do it is still good practice to avoid moisture getting trapped between the tank and support structure. With plastic tanks there is no risk of galvanic corrosion on the tank so it’s possible to take advantage of the dampening quality of rubber as the intermediate material between the tank and structure. On an aluminium tank using rubber (which contains carbon) has the potential to introduce galvanic corrosion.

Besides this the same rules apply for plastic tanks as aluminium in terms of providing as much structural support as possible. The extensive weight of the fully laden tanks makes for powerful g-forces when the boat turns at speed, which will put significant stress on the tank structure. 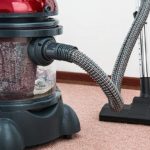 Keeping your boat clean is important, partly for pride reasons, and partly to keep the thing, well, ship shape (for lack of a better word.) Whether it’s scraping the barnacles from your dingy or shampooing the carpets on board your superyacht, valet and detailing work shouldn’t be overlooked as part of the upkeep of your […] 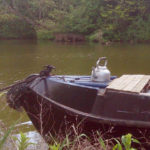 Life at sea isn’t all about the relentless pursuit of adventure, sometimes it’s about relaxing, and kicking back with a nice hot cup of tea or coffee as you gently bob up and down on the waves. The question is therefore, what it the best means of getting the hot water to make said tea […]