Owning a boat is much a matter of pride as it is a great way to spend time, so it’s no wonder people like to keep their boats looking pristine. In the world of boat detailing, with fibreglass hulls in particular, buffing and polishing is the final piece of the puzzle following any remedial work to deep scratches or dents. If you don’t buff correctly however, your other hard work could well be in vein.

One of the most hotly disputed discussions around buffing is what material the buffing pad or cloth should be made of. Traditionally wool pads were regarded as the best material for final polishing due to wool’s naturally non abrasive properties, with synthetic materials often viewed with suspicion. Today however synthetic foam pads are known for being as abrasive, if not less so than wool, making them the superior choice for wary boat owners.

When to Use a Wool Pad

Wool still reigns supreme for tackling very dull, oxidised surfaces. You’ll know if your boat is in such a state if you haven’t detailed it for many many years, or if it’s seen a lot of exposure to UV light and other harsh environmental conditions.

Prior to final polishing, an oxidised gel coat needs a more rigorous amount of cutting (also known as rubbing or compounding) than you otherwise might with only a slightly dull surface. In really severe cases you might first need to start by carefully wet sanding the surface, followed by the use of a wool buffing pad and a marine grade cutting compound to expose the gel coat underneath the oxidation layer.

When to Use a Foam Pad

Think of foam pads as being the best choice for final polishing. Once you’ve cut back the gel coat, it’s best to use a foam pad when applying a polishing compound followed by a wax coating to finish.

Furthermore if there is a subtle amount of oxidation (ie a layer that doesn’t require the abrasive attack of wet sanding, or even a foam polishing pad) then you can go right ahead and use a foam pad for cutting back the oxidation layer as well as final polishing.

As well as these basic guidelines, you’ll find that most manufacturers offer a colour coded range of different foam pads, with each colour corresponding to a certain level of abrasiveness. So for example, yellow might be the most abrasive, being suitable for cutting work, while a blue pad might be much smoother and more suited to polishing or finishing.

Foam pads also have the distinct advantage of being easier to clean than wool, and in the case of pads for buffing by hand, foam wins the day for being more comfortable to hold, without the risk of disintegration.

What You’ll Need in Addition to Polishing Pads

So now we know what pads we need for what job, it’s worth mentioning what else is needed for the job of cutting and polishing.

Without doubt a tool you simply must have available to you is a power buffer. Anyone who has ever carried out detailing work without one will attest to how tiring it can be. I’ve only ever done small touch up jobs by hand, and even then it felt like my arm was going to fall off for days afterwards!

Nearly all power buffers move in what’s known as a ‘random orbit’ pattern which means the buffing pad moves in a random manner (effectively vibrating, but moving in an elliptical path). The advantage of this movement is that swirl shaped patterns cannot, in theory,  be left on the paint/gel coat, however that doesn’t mean leaving the buffer in one place for too long won’t leave an undesirable impression or melt the gel coat, because eventually it will.

It’s really useful to choose a buffer with a variable speed function; just as you might be more rigorous with cutting and removing oxidation by hand, you’ll want a buffer that can reflect this in the number of oscillations it can produce.

Whilst using automotive products like those made by ‘Turtle Wax’ is certainly an option for boat detailing, it’s far better to use specialist marine grade products that are suited to the demands of a salt water environment. Furthermore, if you’re confident you have the skill level to do the job to a professional standard, then choosing professional grade products is going to enable you to get far better results than you would otherwise.

Of all the companies out there 3M are one of the most respected in the world of chemical products, so if I were to recommend buffing and polishing compounds they would be the following:

3M’s ‘Finesse-It’ range are regarded as the products of choice among professionals.

For rubbing down the oxidation layer Finesse-It polish K211 is the best choice as it cuts quickly without leaving swirl marks from your electric buffer tool.

For final polishing prior to waxing opt for Finesse-It Final Finish. This product cleans up any residue and swirl marks from the rubbing process and just generally cleans up the surface ready for waxing

3M Marine Ultra Performance Paste Wax is the ideal icing on the cake for your detailing work. Made from natural carnauba wax, this stuff is known to last for an entire season with ease, and the sheen it gives off is also second to none.

Whilst not as easy to apply by hand as a liquid wax, with a power buffer to hand this should be neither here nor there. 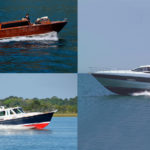 Alongside ‘what size engine do I need, how many feet should my boat be, and what hull form is best?’, ‘what material should my boat be constructed from?’ or words to that effect is one of the most commonly asked questions among prospective boat owners. It’s a great question, and as you might expect, not […] 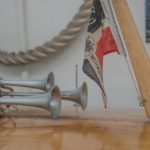 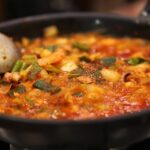 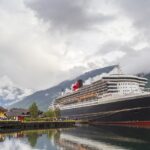 The Norwegian fjords offer multiple breathtaking views of what Norway has to offer and embarking on a cruise is one of the best ways to enjoy your trip. However, children have a habit of being restless or easily distracted, which is why finding the right way to cruise is essential if you want to enjoy […]