When you’re drilling down to the finer details of building or refitting a boat it’s sometimes difficult to know what you do and don’t need to include. We’re all prone to cutting corners, but sometimes it pays to spend a bit more now to save a lot of expense and heartache further down the line.

One such ‘detail’ is whether there is a need to include a fuel/water separator in your boat’s fuel system. Such a device works by removing rogue traces of water from the fuel before it reaches your engine or generator.

When you think about the potential ramifications of not having such a device such as; corrosion of the cylinders forming rust particles that then damage the fuel injectors, or creating the moist conditions preferred by ‘diesel bug’, which in turn leads to fuel filter blocking sludge; it quickly becomes evident that separating water from your fuel is pretty darn important.

All of which makes a great case for fitting an oil water separator, except believe it or not, many manufacturers don’t fit them as standard, probably in a pathetic bid to save money, where it would actually be money well spent.

How Does Water Make its Way Into a Fuel Tank Anyway?

Being the diesel fired beasts they are makes most boats particularly vulnerable to the effects of water in fuel contamination. The biggest risk comes with condensation forming in the fuel tank; by day when the air is warm, the air in the tank is forced out through the breather hose line, and by night when the temperature drops damp air is drawn back into the tank, resulting in condensation forming on the walls of the tank.

The reason this isn’t an issue with gasoline engines is because gas is far more volatile than diesel, constantly evaporating and displacing the air that would otherwise linger in the tank.

A trick often put forward as a solution to this problem is to keep the tank topped up to the brim. Whilst this is certainly going to be a big help, it doesn’t eliminate the problem of fuel that is contaminated with water before it finds its way into the tank, and it’s also not terribly practical to go hunting for fuel late at night at an unfamiliar anchorage.

Now, once the water is in the tank it’s worth noting that it can effectively exist in two forms alongside diesel fuel, staying fairly separate if it hasn’t yet been churned around too much, or effectively in solution with the water (usually as a result of passing through a fuel pump). As you might expect the latter scenario makes it more difficult to seperate the water from the fuel… or should that be the fuel from the water?

How Does a Fuel/Water Separator Work?

A fuel water separator must be fitted in the inlet side of the fuel line so that it benefits from the suction of fuel through the engine. As fuel is drawn through the separator it passes through two distinct chambers:

The filtered (and hopefully contaminant free) fuel then exits the fuel water separator and through the engine.

This is the basic concept, and several variations exist to suit specific requirements such as if the fuel is pumped at a higher pressure, if the system uses biodiesel (which is more difficult to separate from water), or if a primer pump is required to prevent hard engine starts.

When you’re selecting a water fuel separator (and incidentally IFJF Filters are a good starting point) the most important thing to know is the flow rate of your engine fuel pump, as this will determine which unit you require. Underestimate this and the separator will restrict the flow of fuel, causing the engine performance to suffer. Incidentally the same problem will arise with a correctly sized unit that has become blocked and  in need of emptying/a filter media replacement.

How About Small Boats And RIBS With Removable Tanks?

Oftentimes the argument is made against fitting a fuel/water separator on a boat if it has removable fuel tanks. The rationale is that the bulk of water contamination in a fuel tank develops as a result of condensation when the boat is at rest, therefore as long as the tank is removed from the boat and kept in a warm garage then the fuel will suffer no ill effects.

The trouble with this strategy is that it fails to address the very real problem of water being present in the fuel before you even put it in the tank. It’s not unheard of for this to be the case with fuel straight out of the pump at a gas station, so when you then factor in the risk of a tank of fuel at your boatyard that might have accidentally been left open during a period of rain, well then you’ve got a whole lot of trouble on your hands.

Besides this, moisture can always find its way in through your deck filler cap or a defective breather vent (or one that doesn’t contain a ‘Gor-Tex’ baffle to prevent moisture from getting in), so in the end having a tank that is removable isn’t a guarantee against keeping water out of the engine. And besides, who wants to remove the fuel tank from their boat as a matter of course anyway?

How Much Do Water Fuel Seperators Cost?

When you consider the potential damage and financial penalty you could be faced with by not fitting a fuel water separator to your boat, the price to buy said unit would need to be extortionate for it not to be justified.

They aren’t expensive at all. In fact some basic models retail for less than 20 bucks, while the most expensive ‘turbine’ models by Racor can be two or three hundred dollars, which is still a small price to pay compared to having your engine rebuilt!

The finer details of how a specific model of water fuel separator should be installed will vary depending on the specifics of the engine and the internal layout of the boat, but a few key points to keep in mind: 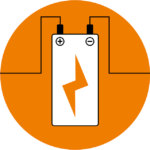 By far the most common problem with lead acid batteries is losing charge over time. It might not sound like a problem if the battery becomes discharged – after all you just recharge it again right? Unfortunately this isn’t the case, and the key to owning a battery that lasts is making sure its charge […] 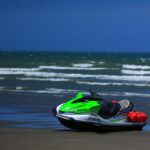 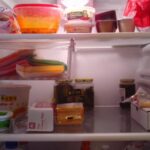 A regular refrigerator may be used on a boat, but there will be a couple of considerations that you will have to keep in mind, such as the power available aboard your boat. Regular refrigerators will require more power and different voltages, so they might turn out to be more of a hassle compared to […]

Key Largo is a beautiful place to enjoy a sunny day. If you do not wish to spend the entire day simply lounging on the beach and swimming, you may consider taking it up a notch – or in other words, go jet skiing! That being said, if you’re a beginner you will probably want […]